Guess who got a new film camera. 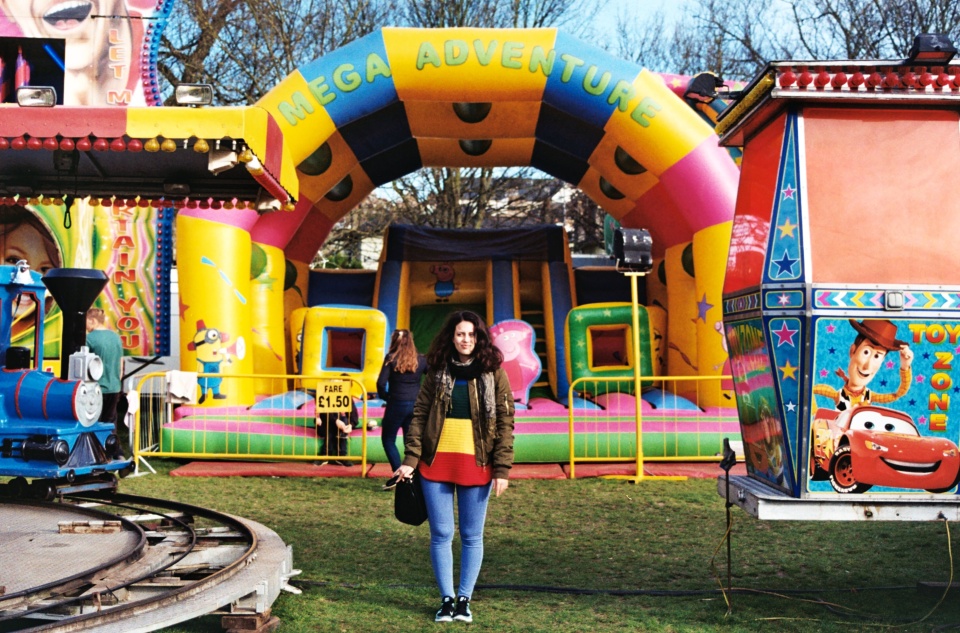 I am so absolutely in love with the Minolta X300. I’ve always heard wonders of Minolta lenses, but not owning one of their cameras I couldn’t really try. Luckily the owner of my local Kodak retailer has taken a liking to me and set this particular baby aside for when I received my allowance as he’d seen hearts pour out of my eyes as I tested it in store. 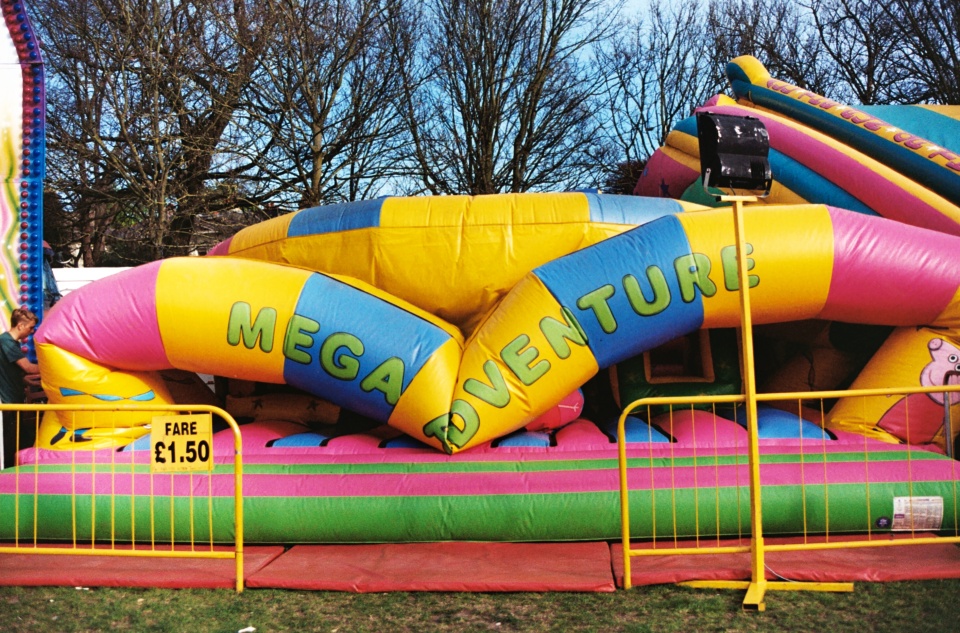 The lens is so incredibly sturdy, heavy and sharp. I’ve been using Kodak 200 film for eight years now and I have never had this kind of saturation, contrast and sharpness in any picture. I didn’t know this before popping the film into the camera, however, so I just hoped for the best when I went with Caterina from Kateidoscope to the temporary funfair that had been set up at The Level in Brighton.

I’m probably not going back to my Canon AE-1 so soon, but I’m thinking of getting my Olympus OM-2 repaired as I talked to Alex (Norton, who is an amazing artist, photographer, thinker and friend) about that camera recently and it made me feel nostalgic. Right now I really want to experiment more with the Minolta X300, particularly in manual mode, double exposures and black and white. 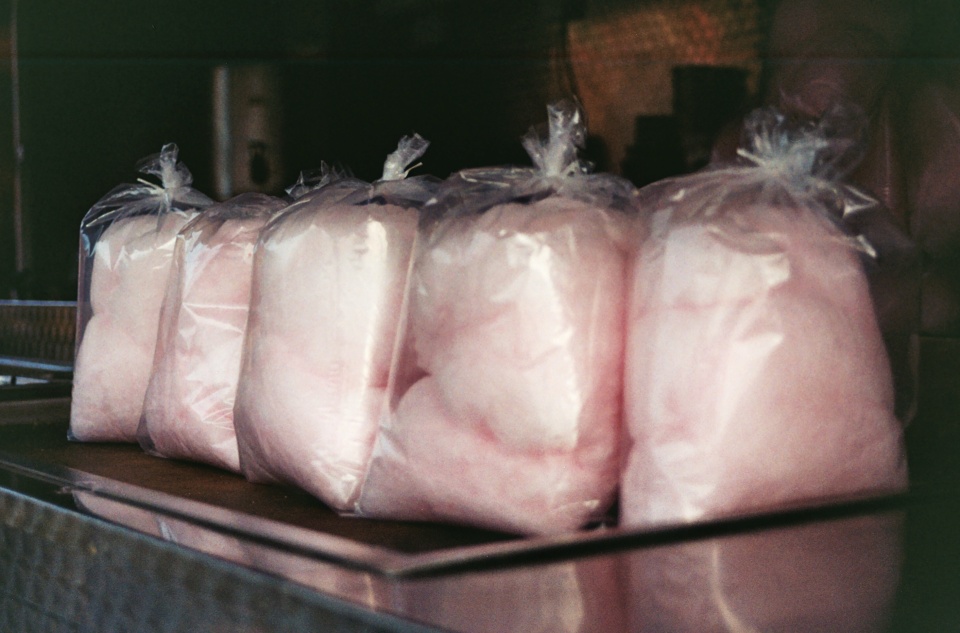 As for the funfair, it lasted so little we could only make it there twice – once during the day for photographs and the second time at night to actually go on the rides. Here you can see a video of the most traumatic ride we went on. I could feel my brain rattle inside my skull for a good two hours after going on it! But the hanging chairs were my favourite. Anything that takes me up high and dangling in the air always makes me feel relaxed and at one with my surroundings. 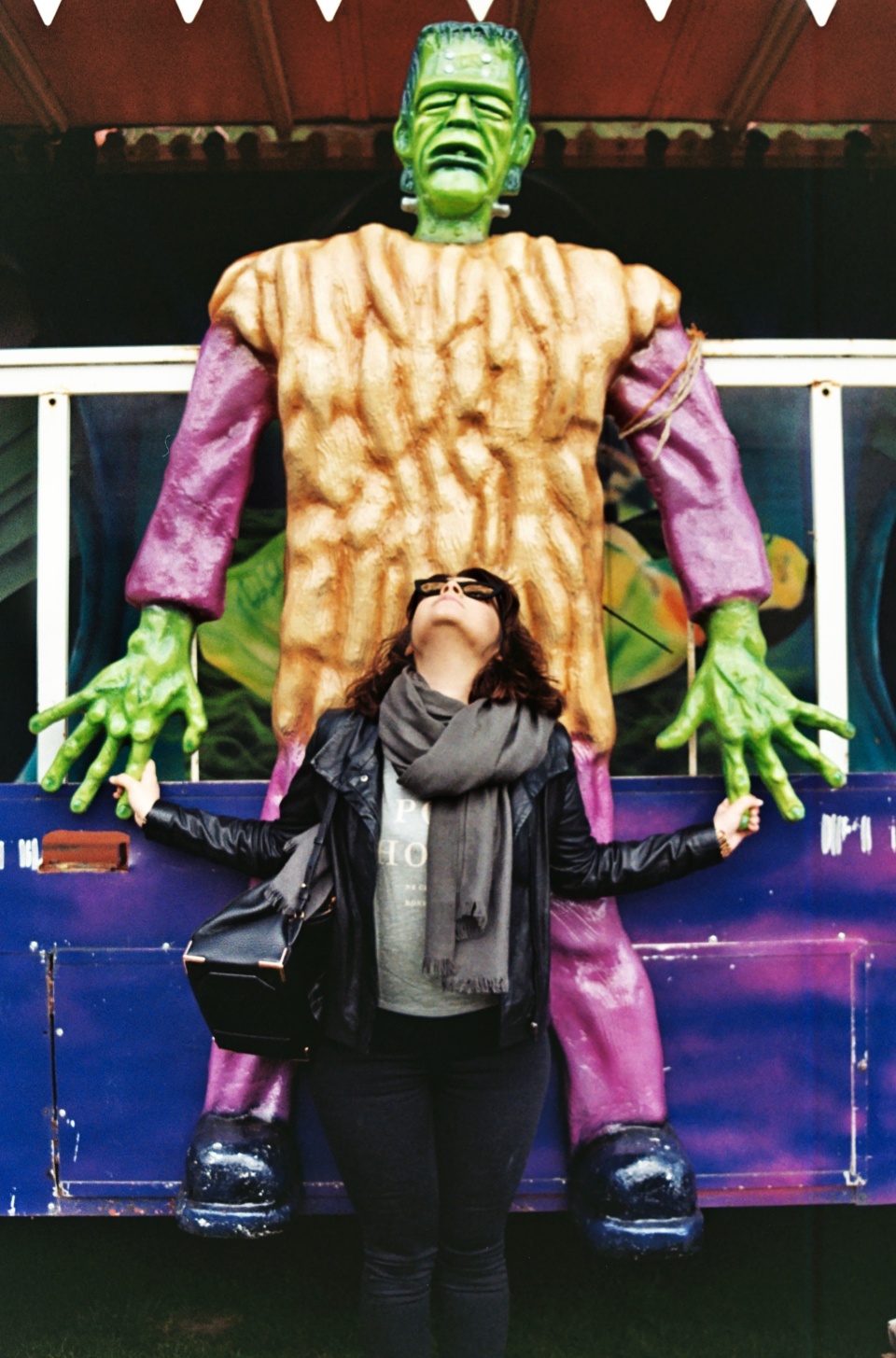 I also made a new friend at the Haunted House just to make my boyfriend jealous. My sunglasses are the pink Kitti sunglasses from Quay (you can find them at Topshop and ASOS now)! 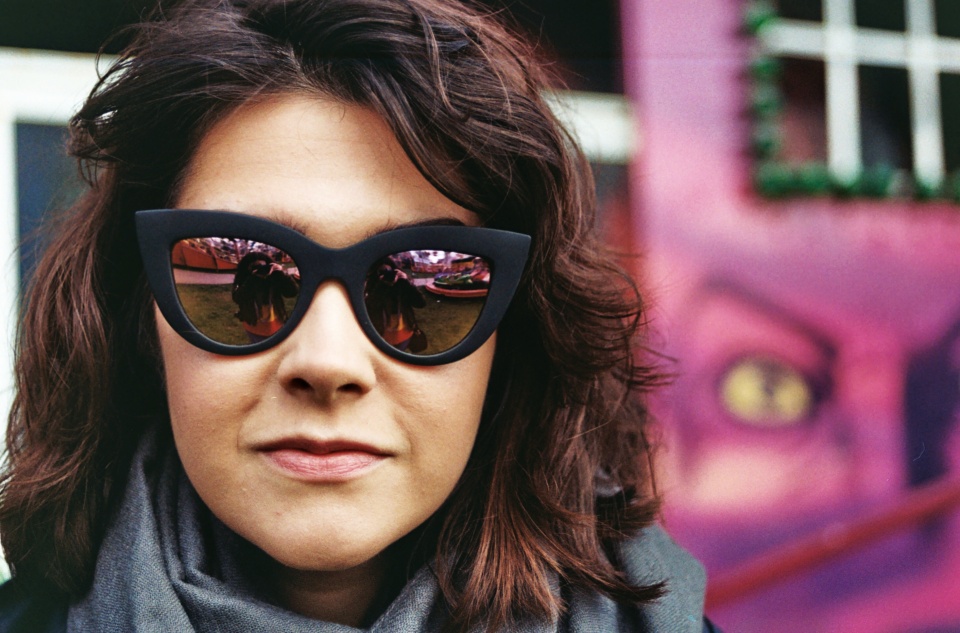 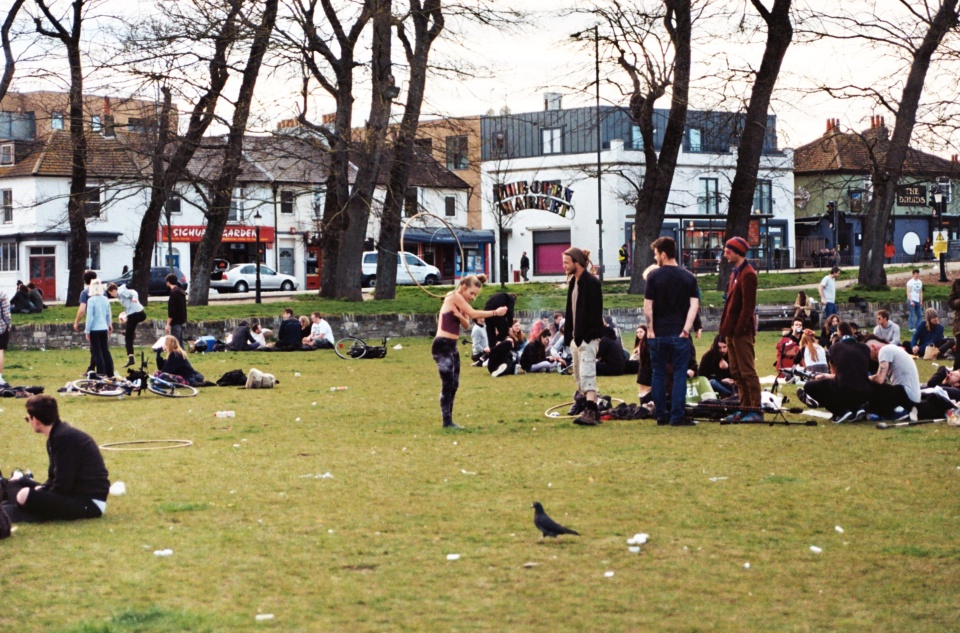 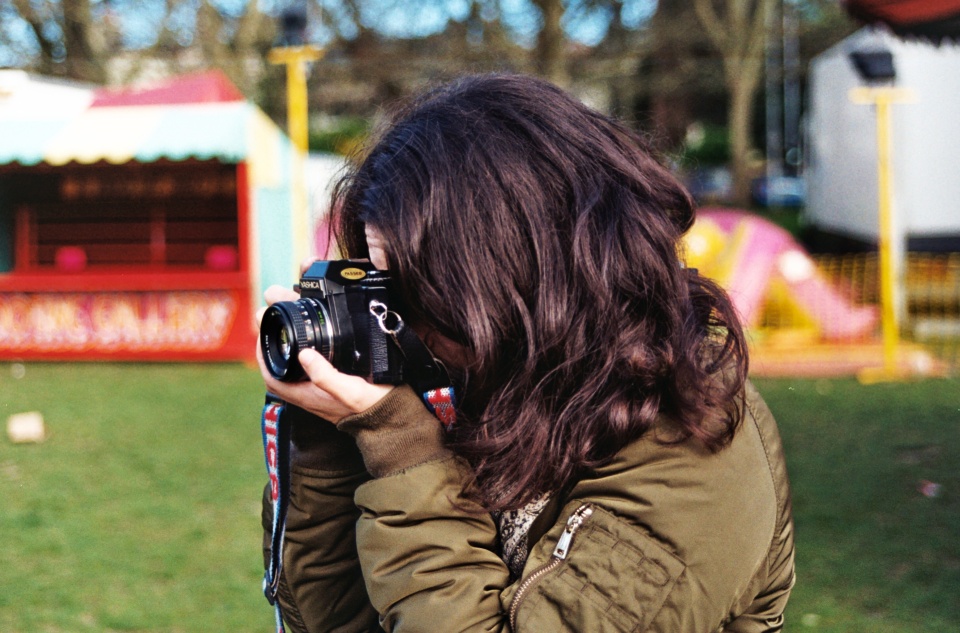 It’s always nice staying at The Level for a while even if nothing particularly thrilling is going on. Now that the weather is calming down a little and we’re starting to get a peek at Spring here in the UK people are coming out and having fun outside instead of in pubs all the time. That day in particular there were guys practising juggling tricks and lots of young kids at the skate park. It was a lovely day – not very warm, but luckily quite dry – and we just sat around and watched people do their thing while we recovered from the violent ride. 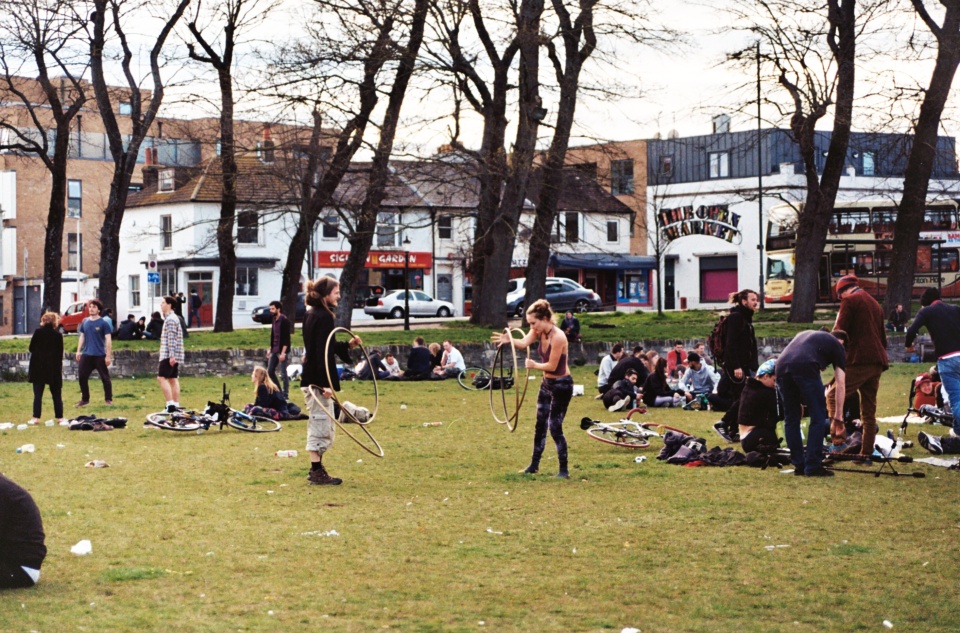 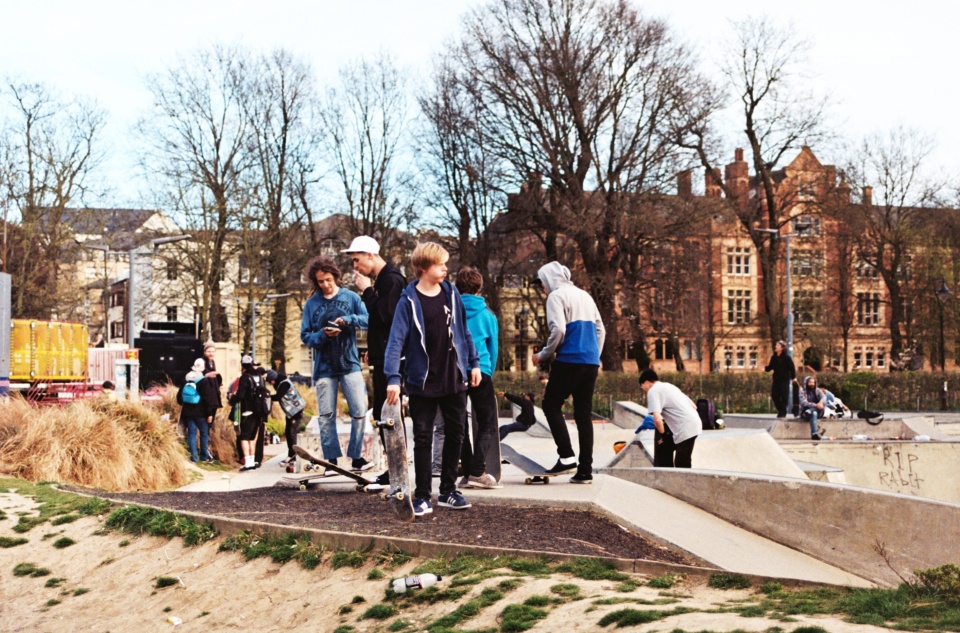 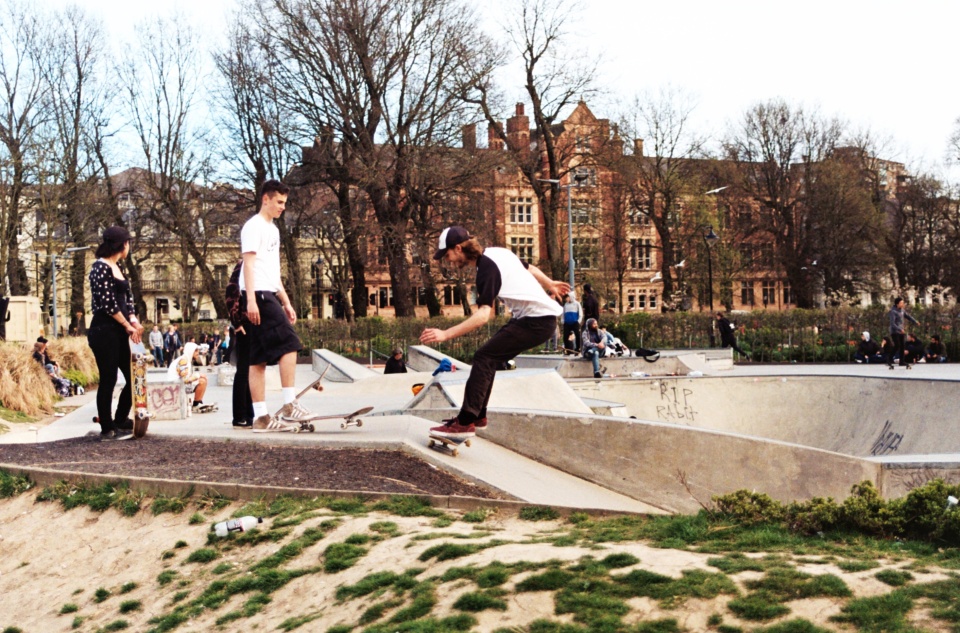 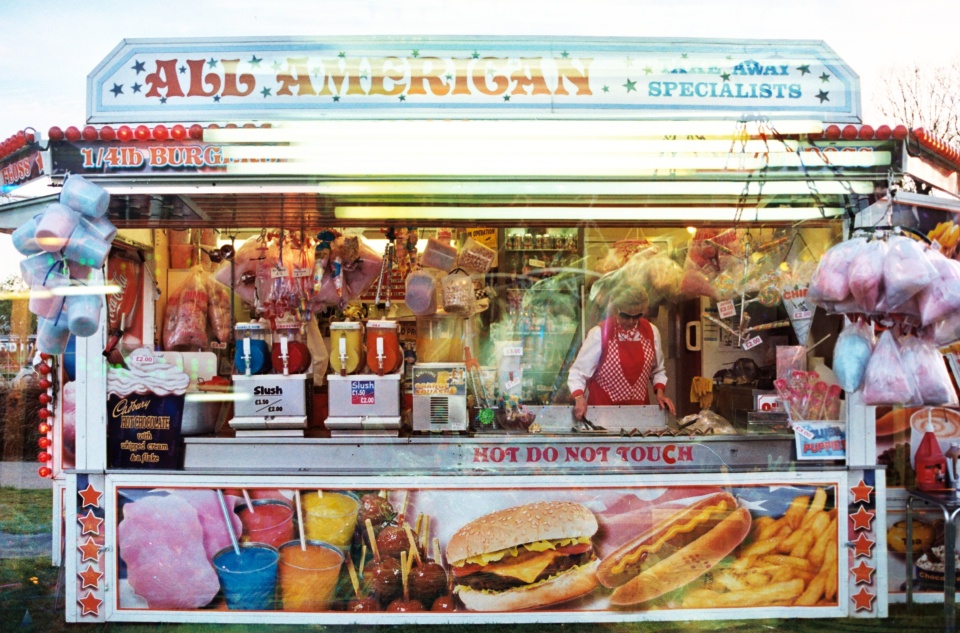 What do you think of the photographs compared to the ones I usually take with the Canon? What kind of film would you like to see paired with the Minolta?

When you see this post I will be in Birmingham with my childhood bestie Mariana going to see King Lear starring my long-time friend Miltos, whom I can’t wait to see again. I will be vlogging during the trip and editing the video as soon as I come back, but be sure to follow me on Instagram, Twitter and Snapchat (everything @QueenAntigona) for daily updates and sneak peeks!